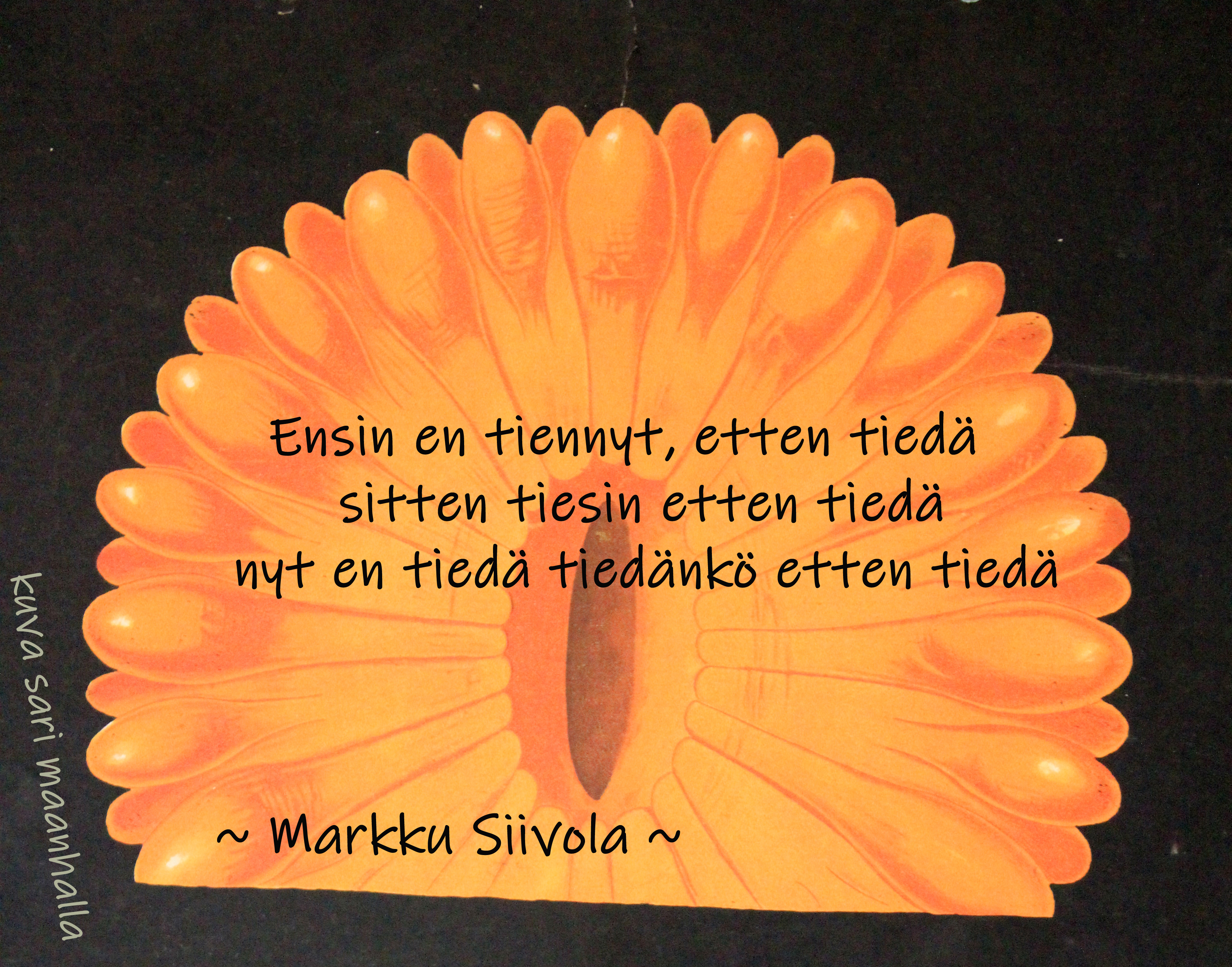 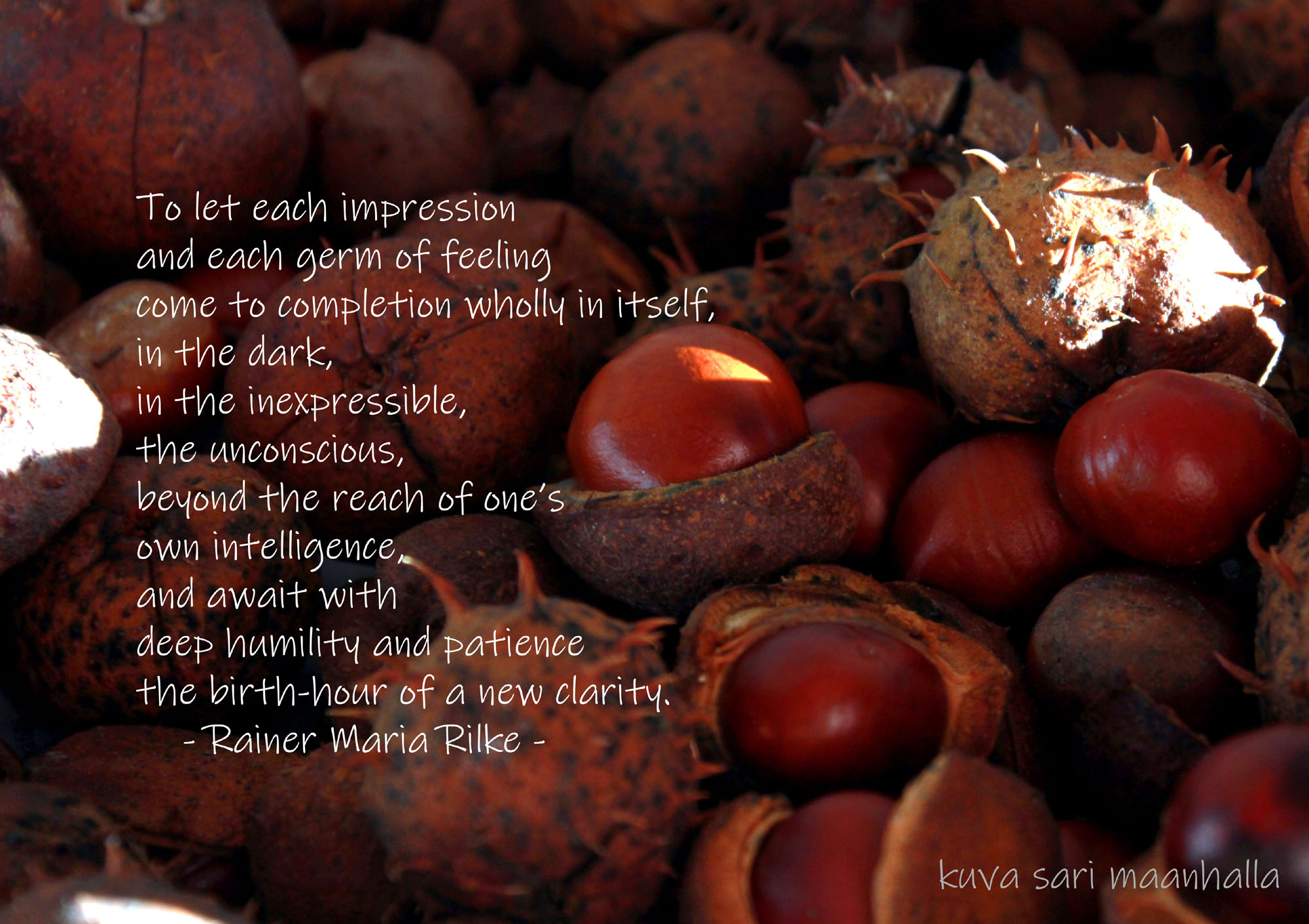 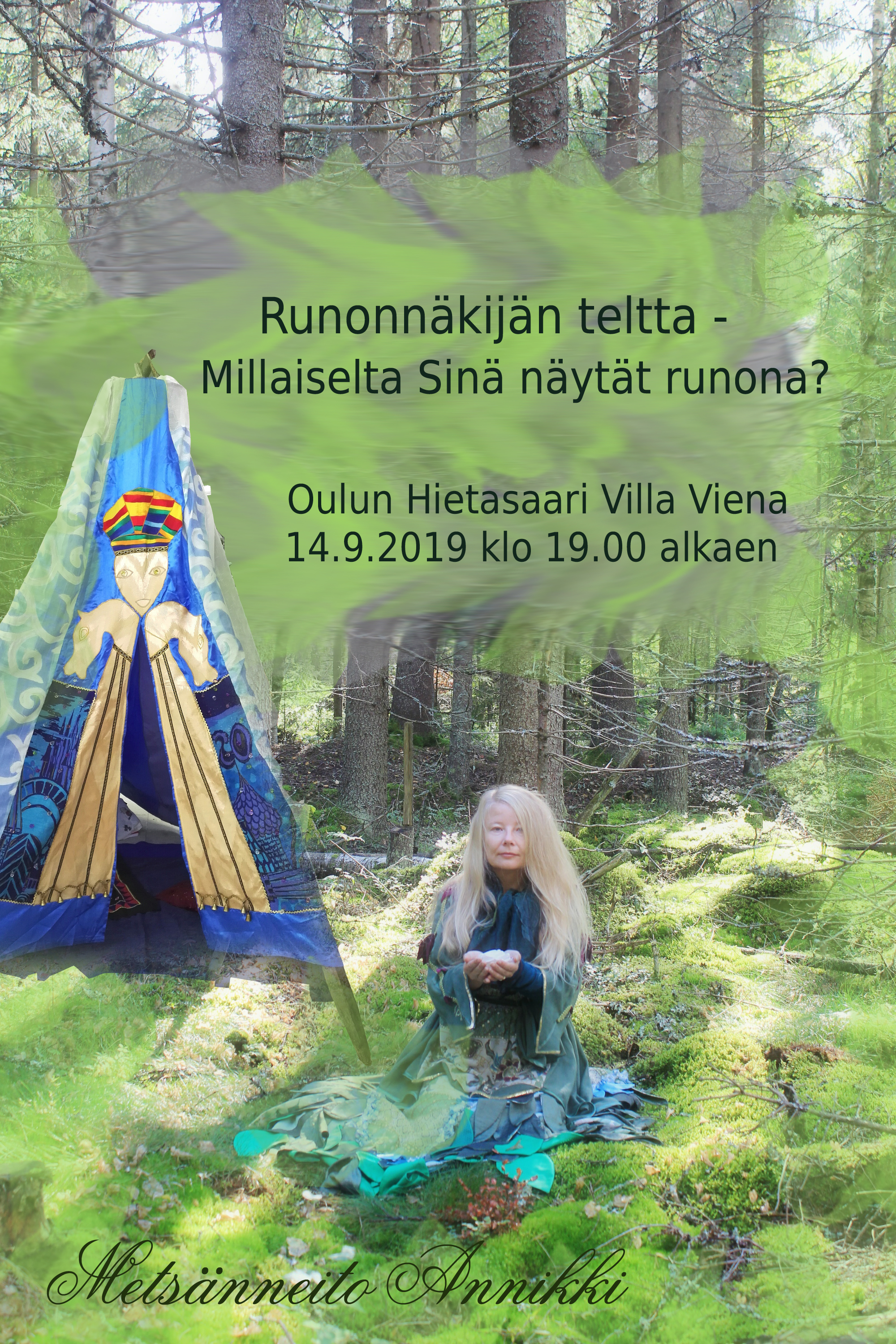 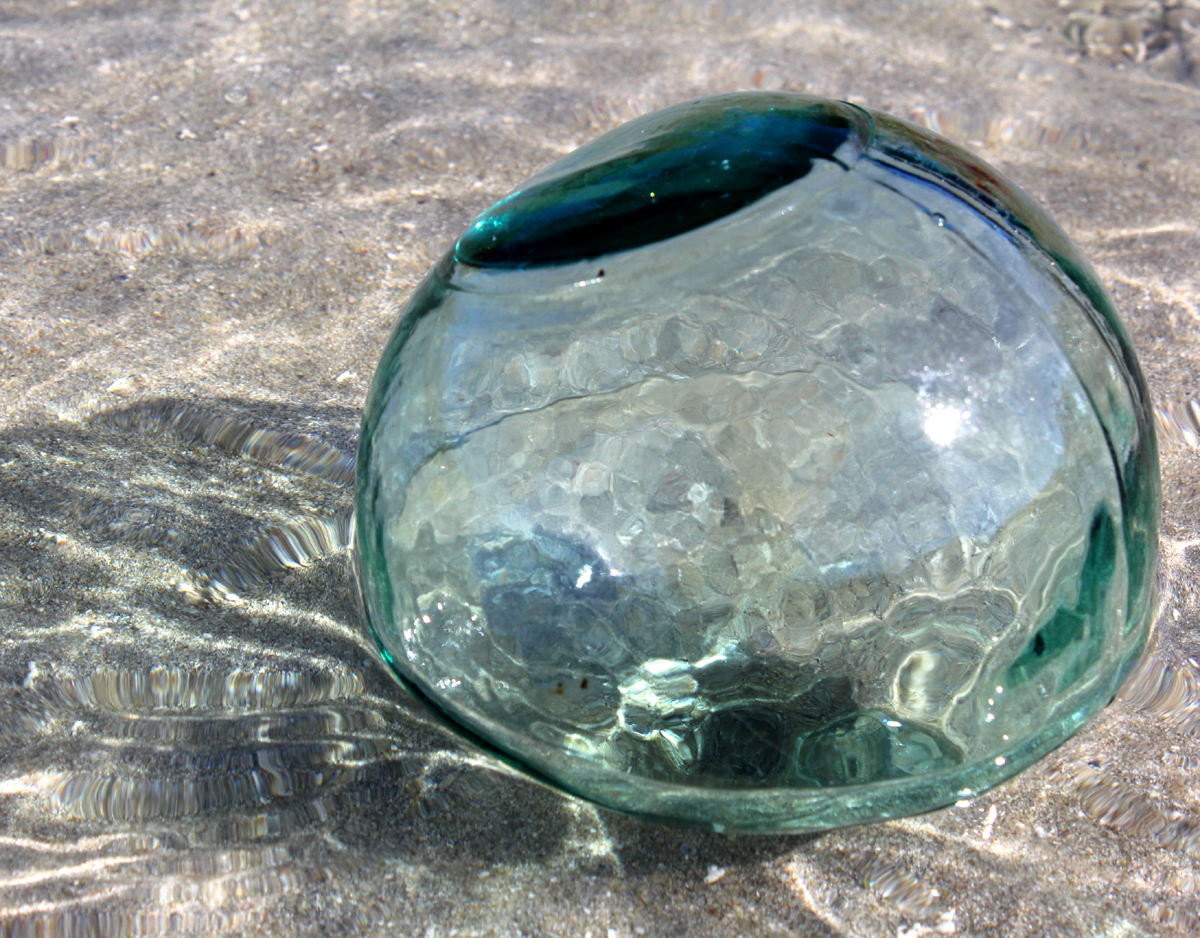 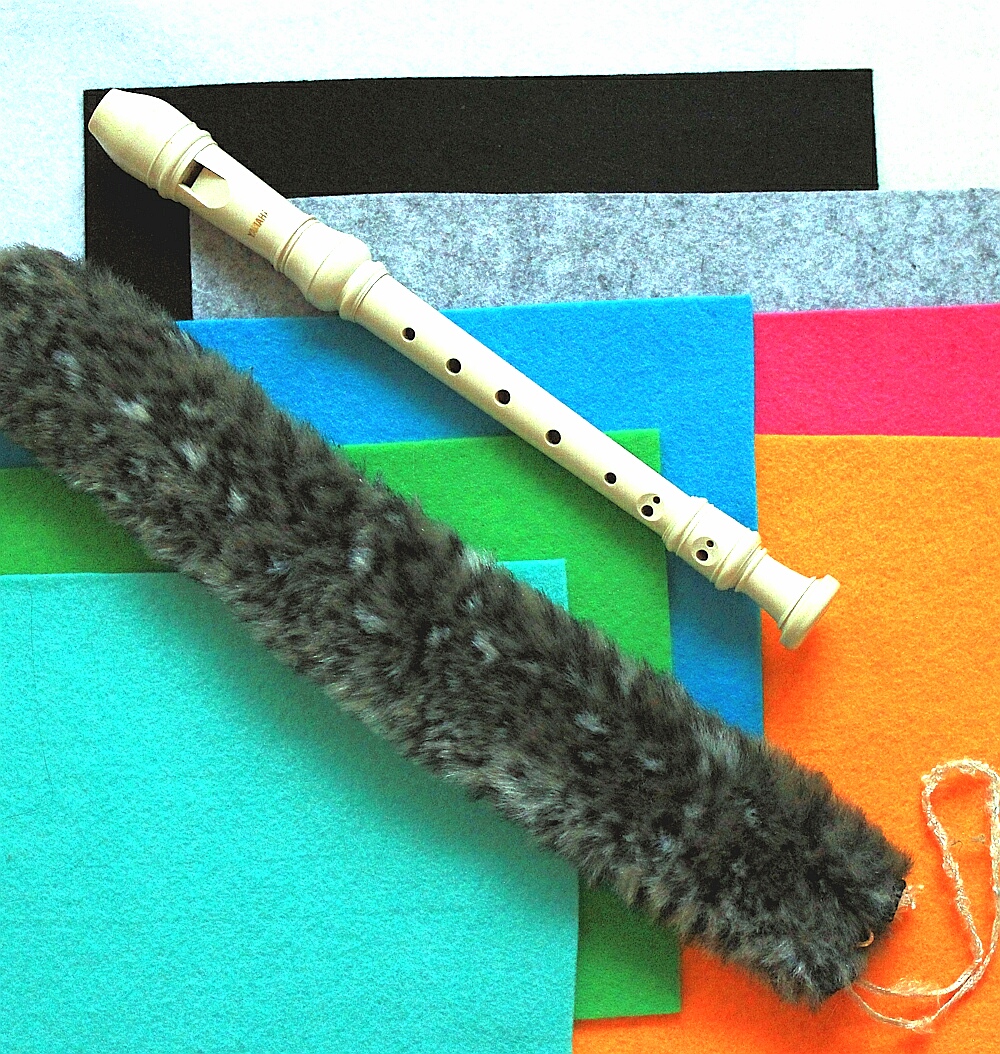 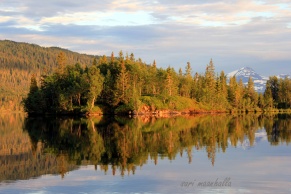 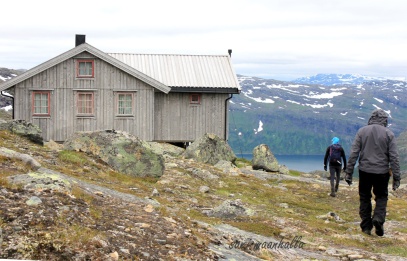 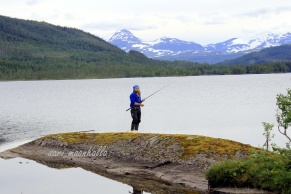 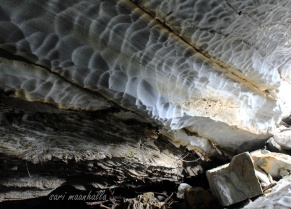 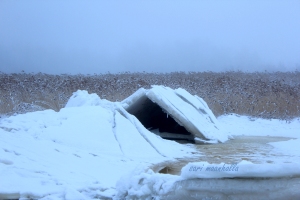 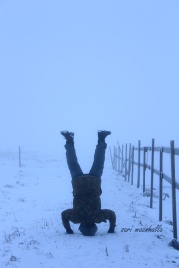 Story of spiritual exploration, insight and the mind tendency to laze around.

Once upon a time a girl, who had a blue table. It has always been her, and she was accustomed to live with it in her own life, but the table had one fault, namely, nothing remained on the table, everything she put on the table, crashed, or a swipe away. So it was a lovely table, but it could not be used, or at least its use caused by an imbalance of evil mind and extra work.

Came moments when the girl annoyed by a glass of water falling down or dropping other items off the table, but she learned to live with it. Indeed, despite the prevailing state of affairs she set again and again the water glass on the table and was annoyed when it became the clutter and cleaning. Here’s how she lived her life.

There comes a time when the fly in the ointment was higher and he drifted to consider that how life on earth with a blue table like this can be. She began to read and soon, the girl got out with serenity written in the Buddha’s tablemanualbook that the tablelegs were of varying duration. Insight joy filled the girl, she realized the unfortunate moments with the table due to.

For a long time she was satisfied with the information and continued reading about the table legs various lenght. Life continued in a similar asymmetry of table legs all the way down, but the fly in the ointment came back and the realization that the legs were disproportionate, and that is why a glass of water over and over again every morning fell on the floor, does not longer helped her. She was started more annoying. She Googled the problem and found a table-carpenterlogist, some kind of TableGuru from whom to seek advice from her problem.

– If you want an effective and balanced ridge on the table, you will need to fix the table legs the same length, said the TableGuru. Table surface smoothness and the balance of the table consist of table-leg equal proportions, on behalf of the essence with respect to each other.

So, of course, how the girl did not immediately had it figured out. She returned home and She spent time at the table with a new insight wide for a while again, relieved. Tablelegs must be the same length. Releasing aha-experience lubricate and anointed her miserable mental status brighter, until the new water glass grief rose to mind. The water glass did not stay still on the table.

What she should do: Contact in the table-leg-specialist whether or instep of the foot-leg specialist? And so she ended up the same TableGuru who was in the table legs specializing master carpenter to inquire of how to act with very different lengths table legs.

– You take, for example, all the legs off, you put them side by side and cut from the same length and attach the legs back.

Now, the data began to increase the pain. I am not, and I do not want to, and I do not even know how to. What was this anguished state of affairs. Before there was more serenity in her life, after all. Yeah, of course, a glass of water crashed every day, many times on the floor, but it was already accustomed to, it had always been so, but now she should have done something else, and it made her distraught. Hearing did not come at all, that he would give more resources to the table the precious time of being noble.

A lunatic crazy table, do I let it control my life, thought the girl and decided that did not start to be a slave on the table. She did not saw through anything. Girl thought sawing was not needed, said whatever the priest, sacristan, peasant or cupper. And the apparent ease of mind remained. Thus she spent her life at her table, thinking herself a noble equanimity persona who knew how to show place on the table of the cabinet. (How contradictory!) In fact, she closed the boiling chamber of the principle of the mind, and there they danced like a wild half-crazy skeletons.

The apparent equanimity remained. Waterglass after another swipe down the drain. What about it, she thought, and hummed until her body length was filled, sorry, when her cleaning rag was full. It had not had time to dry after wiping the former. She could not bear it, and no longer a single cup bust situation, so in her mindbowl rose to the storm and an internal grievance storm waves caused her mental seasickness.

Again, she contacted an table-expert-Guru and presented him with the same grievance review and got the same answer, that the table legs are in various lengths, and if she wants which commands the table, the legs are the same length corrected.

Then the girl noticed to ask how to do it.

– You take the measure of the sawmill and, measuring and sawing, comes the answer. And the girl smirked where and how. After all, she did not know what it saw looks like and how it is used, let alone where to get any.

TableGuru liked to tell more. He described exactly what saw and sawing are all the smallest detail. And the girl returned home at the table with a new data sanitization. And she did as the guru had described. Day after day, the girl sat at her table and in her thoughts she thought sawmills, measuring and sawing in every detail. She reiterated and reaffirmed her thinking, but nothing happened, the table was not straightened. The feet remained stubbornly similar, even though she did everything perfectly. Even each body hair was in perfect meditation position oriented presence, nothing happened on the table.

The girl was persistent. Four years later, she decided to once again to return to the tableGuru and submit a new round of questions. She had done before, as the guru had said, so she asked a question a little upset and disappointed. Guru wanted to know with which girl was sawn; with the thought that she had received from him or with real saw of her own.

In the process, she discovered her error. It was not thinking at all, or therapeutic analytical, nor good seating muscles. Everyone must themselves find their own tool and using it to embrace and begin the implementation. Thinking was only thinking.

Hearing this girl was filled with all the explanations. Should she do something. I’m not able to, and I can not, I can not leave my table out of the trust, I can not leave it. I need every day to stay dry the spilled water, I do not have the opportunity nor the time to look for a tool, let alone use it and fix the table.

Another four years passed. Now it was gone, so that girl was afraid to open the door and start searching for saw. When she finally found it and adopts its essence, she thought she had found a permanent tranquility of mind, but it turned out just the opposite; her world turned upside down once again, as she came to understand that the table was not a table. Her rest in convenient table material object was an easel and yes it was even not blue.